Inorganic Chemicals – A broad class of substances encompassing all those that do not include carbon and its derivatives as their principal elements.

Soda Ash – Sodium carbonate, Na2CO3, (also known as washing soda, soda ash and soda crystals, and in the monohydrate form as crystal carbonate) is the water-soluble sodium salt of carbonic acid. Pure sodium carbonate is a white, odourless powder that is hygroscopic (absorbs moisture from the air). It has a strongly alkaline taste, and forms a moderately basic solution in water. In India, almost 3.2 MMT of Soda ash is synthetically produced in large quantities from salt (sodium chloride) and limestone by a method known as the Solvay process.

GHCL Limited is one of India’s leading producers/manufacturers of Soda Ash (Anhydrous Sodium Carbonate) and has an annual production capacity of 975 Thousand MTPA. Its Soda ash manufacturing facility is located at Sutrapada, Gujarat. GHCL Markets it Soda Ash under the LION Brand name and GHCL’s soda ash is purchased by wholesalers, suppliers and companies through distributors across India.

Soda ash an important raw material in the production of soaps, detergents, glass, pulp and paper, chemicals, textiles and a host of other industries. 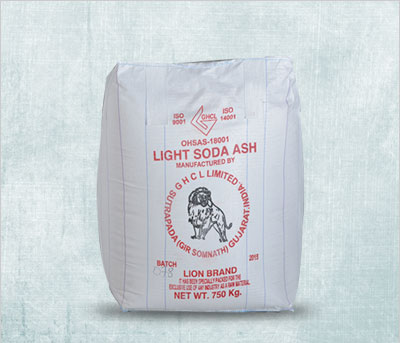 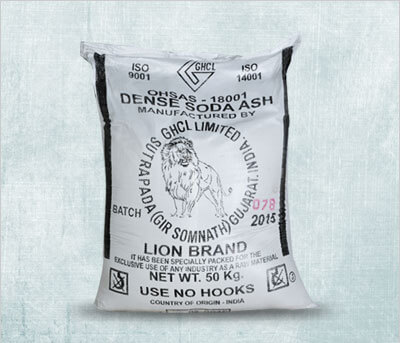