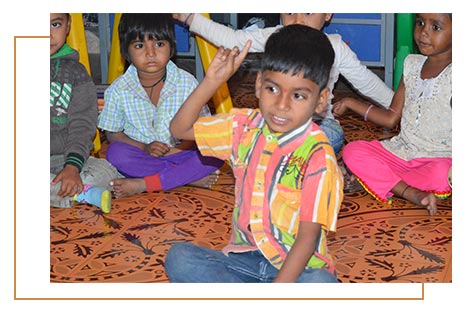 Kailasha is three and belongs to a small and distant village-Medhpur located in the Veraval District of Gujarat. When we met him, he was unable to speak a word because his father’s family is deaf and aphonic.

Kailasha, was never motivated to speak.His neighbours tried to get the child to speak but he never said a word.This led the neighbours to believe that the boy might also be suffering from the same problem as his father’s family.

When Kailasha started going to the Anganwadi in his village, he began interacting with other classmates. He was exposed to various sounds, rhythms, rhymes, that he enjoyed, but was not helpful in getting him to speak. 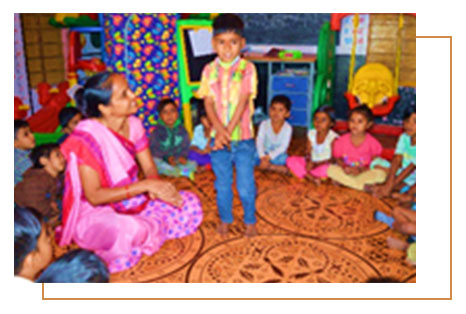 They decided to help the child learn how to speak and be vocal. Various participative activities were designed that prompted him to be involved and learn new words. Slowly and gradually the boy started picking up small words.

Every day he learnt to speak new words and started enjoying his interaction with everyone around him.

Today the boy can speak complete sentences and  has made an attempt at public speaking at a function in the village. He still has a long way to go, but the entire team has taken up this challenge and they treat it as their mission.

Members of Anganwadi and workers of ‘Swadeep’ approached the education officer of GHCL Limited and shared Kailasha’s story with him.